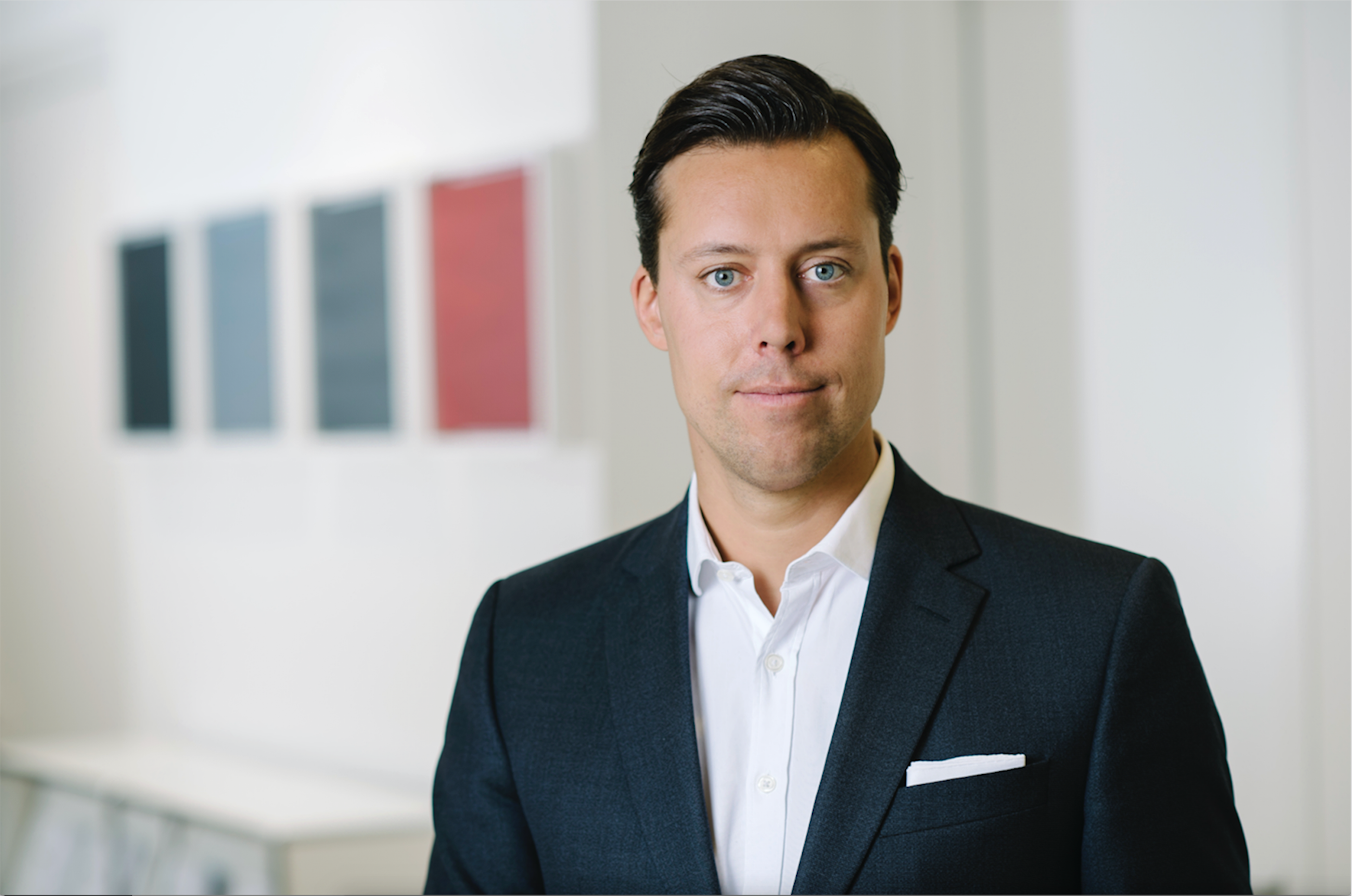 Kai Matthias Liebe's international education included spells at the Lyceum Alpinum Zuoz (CH) and the Hochalpines Institut in Ftan (CH). He completed his dissertation at a medium-sized, owner-managed commercial enterprise in Hamburg and subsequently went to Switzerland for three-and-a-half years to work for an owner-managed industrial holding company operating on the international stage. Initially he was in charge of Corporate Development, later on assuming responsibility for International Business Development. Next he moved to Munich to work for a leading global, listed Anglo-American recruitment consultancy, where he rose to become team leader for the Finance, Human Resources and Industry practice groups in Southern Germany. From here, he was head-hunted by a leading, owner-managed German executive search consultancy seeking to establish its Munich site. Focussing on the industry and professional services sectors, Kai Matthias Liebe worked to recruit managing directors, managing and supervisory board members on behalf of national and international clients. His previous experience and the fact that he himself is from a family of entrepreneurs made Kai Matthias Liebe acutely aware of the need for specialist consulting with the emphasis on SMEs. He lost no time in putting this idea into practice. Kai Matthias Liebe is a founder of the recruitment consulting company Liebe · Sutor · Gawlowski. 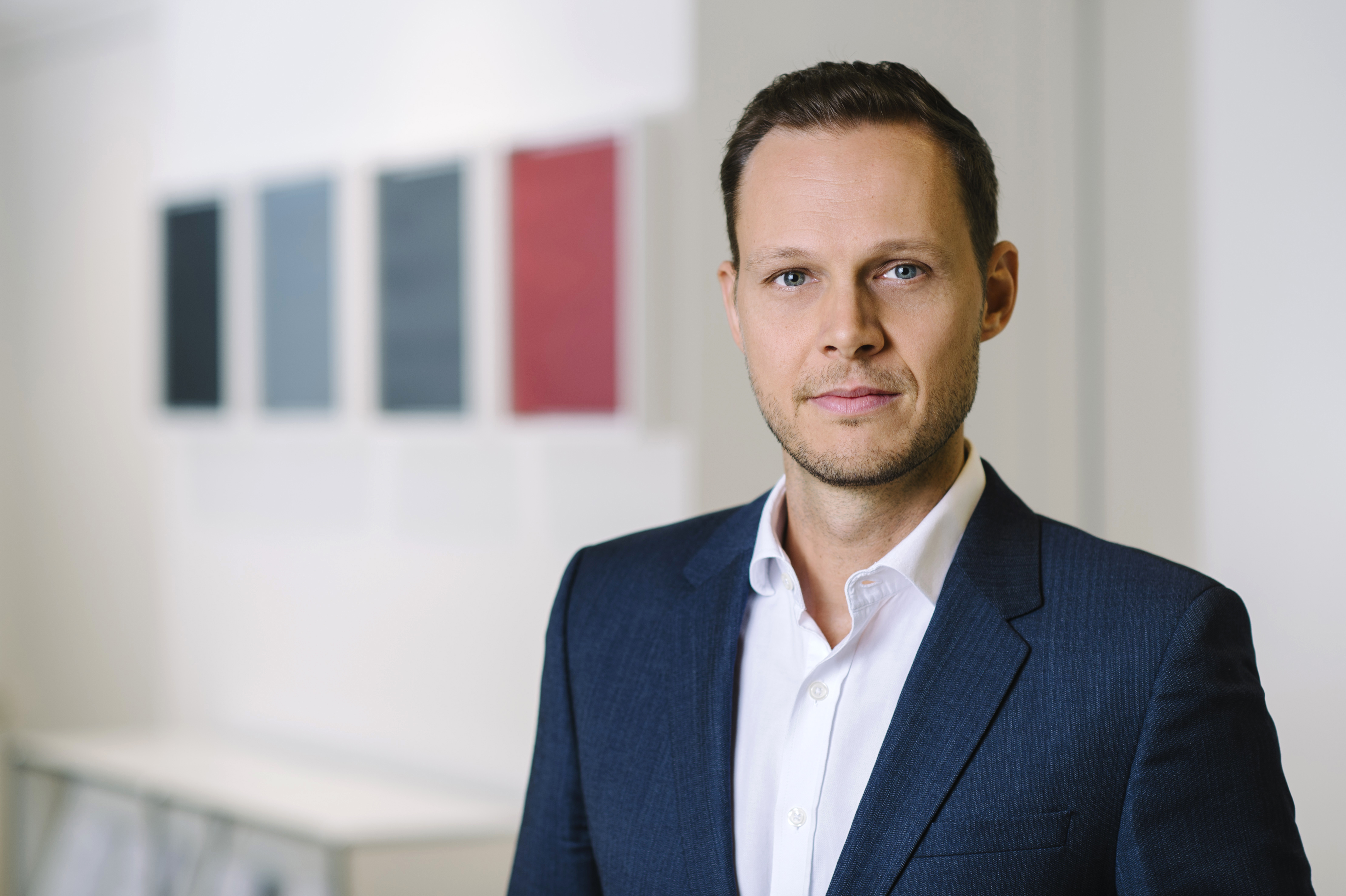 Markus Sutor began his studies in business management at Munich's Ludwig Maximilian University before completing his degree at the distance-learning university in Hagen, thus enabling him to fulfil his professional obligations at the same time. He was involved in a number of start-up projects during his student days. Among other things, he founded a printing service company with operations throughout Germany and a local graphics & advertising agency, both of which he sold in 2009/2010. His other investments have included nationally renowned companies based in the food and IT sector, in which he is a silent partner. During his many years of entrepreneurial activity he gleaned an in-depth knowledge of company set-up, expansion and personnel management, and is now a managing partner at LSG & Kollegen GmbH. His extensive experience in the field of owner-managed SMEs made him an expert in the “problem area” of company succession and the existing gap in placing managers who are a perfect match for the company in question. This gave him the idea of providing a consulting service tailored specifically to these requirements. In addition to his work as a managing partner, Markus Alfons Sutor's specialist know-how and network are put to good use in the field of executive search in the Consumer Goods sector. Markus Sutor is a founder of the recruitment consulting company Liebe · Sutor · Gawlowski. 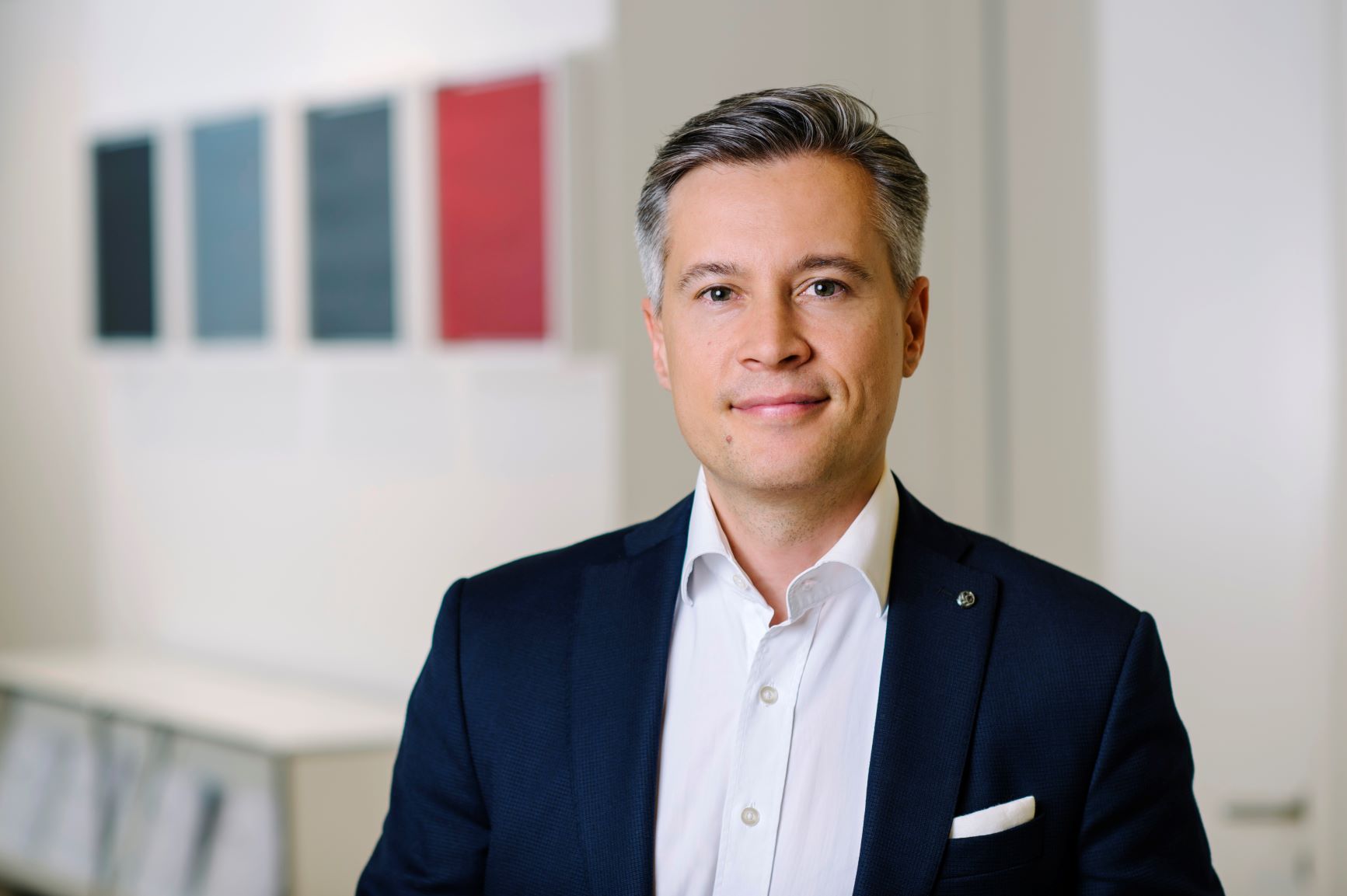 Adrian Piotr Gawlowski completed his international business management studies in Atlanta (USA), Paderborn (DE) and Barcelona (ESP). He launched his career in human resources management at a leading German car manufacturer. He subsequently devoted himself to his postgraduate studies in economics at the Reims Management School (FRA) and the Dublin City University Business School (IRL), going on to work for a leading global, listed Anglo-American recruitment consultancy, where he became team leader for the Automotive and Industry practice group in Southern Germany. Next came a move to an owner-managed German executive search consultancy. Here he was initially in charge of business development for the Automotive division at the Stuttgart headquarters. As the company continued to expand successfully, he was put in charge of setting up and developing the Munich office and managing activities in Eastern Europe, predominately based in Poland, Slovakia, Hungary and Romania. Focussing on the automotive and manufacturing industry sectors, Adrian Piotr Gawlowski created a highly professional team of consultants and senior consultants to assess the qualities of and recruit managing directors as well as managing and supervisory board members on behalf of national and international clients. Adrian Gawlowski is a founder of the recruitment consulting company Liebe · Sutor · Gawlowski. 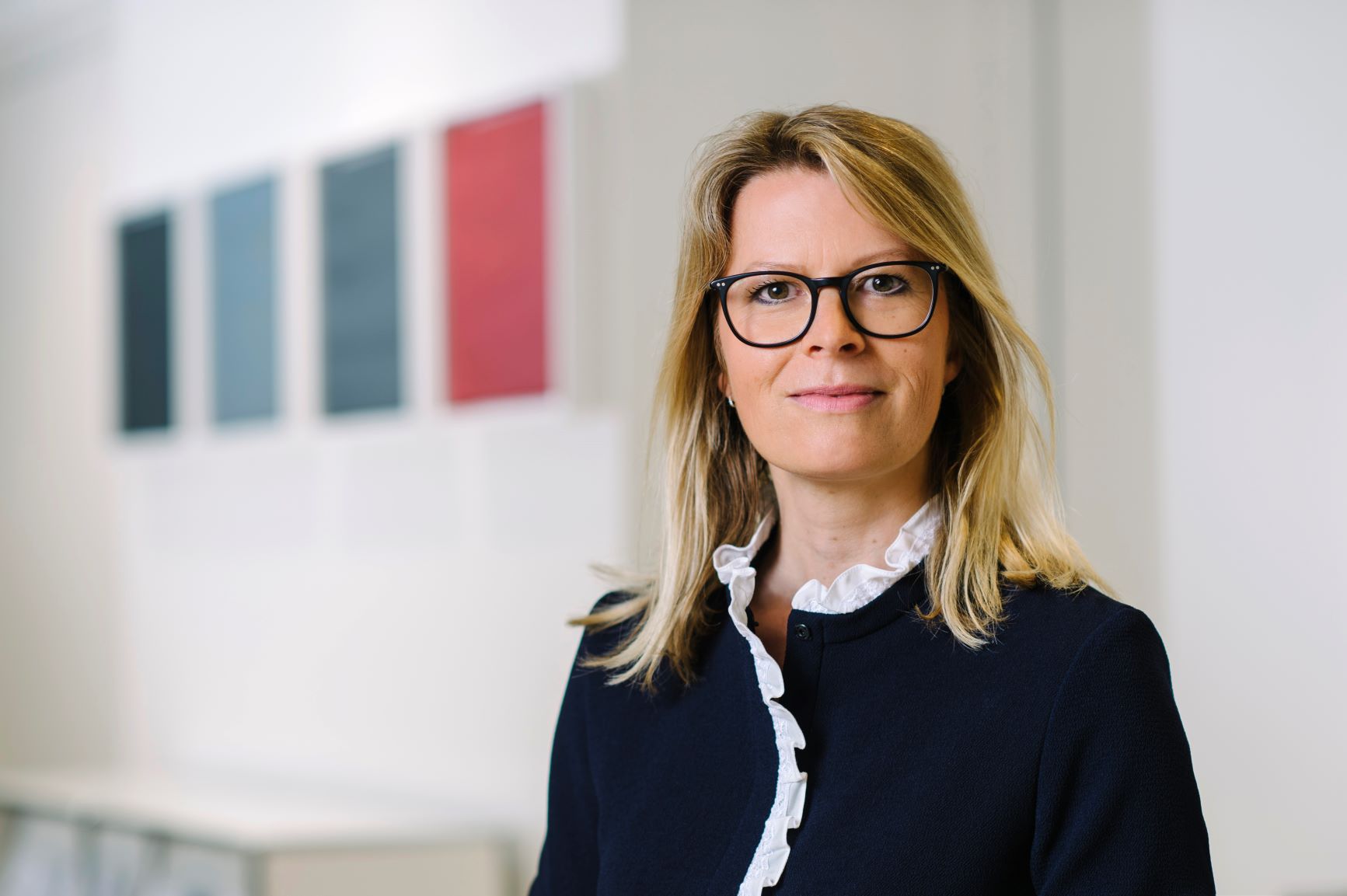 Christiane Kraus completed her international studies in psychology, specialising in occupational, industrial and organisational psychology, in Bonn and Madrid. She also pocketed a business degree from the University of Bonn.

During her studies, Christiane Kraus worked for various HR consultancies, subsequently launching her career proper at an owner-managed consulting boutique, where she covered the full recruitment consulting portfolio, including targeted search and selection, training and HR development. Next, Christiane Kraus moved to Frankfurt to work for a renowned international executive search consultancy, where she specialised in the consumer goods, industry and financial services sectors.

She subsequently went to Singapore, initially working as an in-house recruiter for a Swiss bank with responsibility for recruitment at management level, before being put in charge of establishing and running the private banking recruitment section for the Asia-Pacific region.

Returning to Germany, Christiane Kraus once again turned her attention to the field of executive search, where she has to date focussed on the Media/Entertainment and Consumer Goods & Lifestyle sectors with a clientèle that includes SMEs, start-ups and multi-nationals alike.

Given her long-standing expertise in direct recruitment both in Germany and abroad, and experience gleaned in the course of in-house and consultancy positions, Christiane Kraus has acquired a broad know-how of various aspects of the consultancy sector. 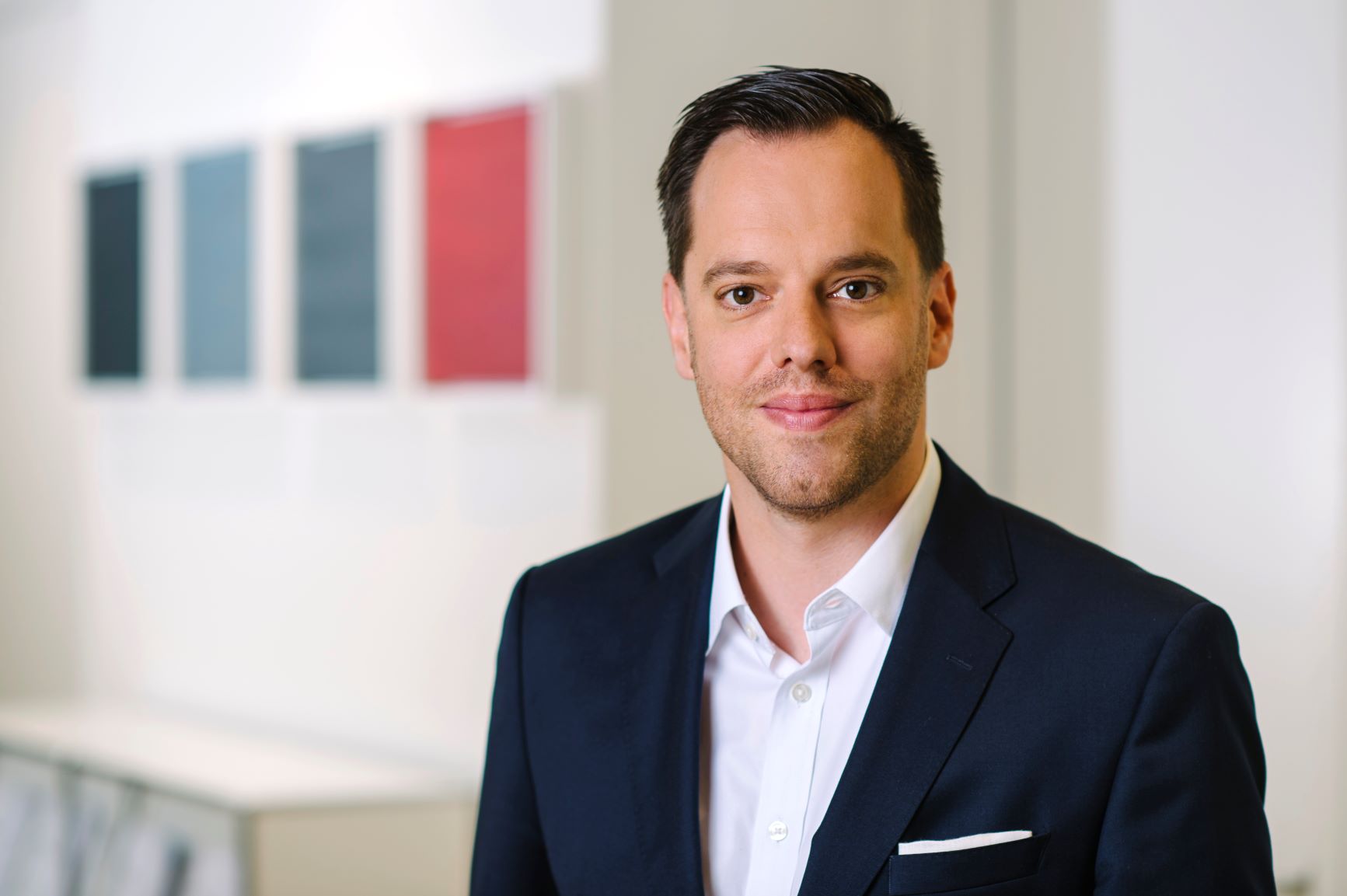 Michael Kleiser obtained a degree in education at Georg August University in Göttingen, specialising in the fields of consulting, training, coaching, communication and management. He also studied politics and law as subsidiary subject.

During his studies, Mr. Kleiser contributed to various management training courses run by a Munich-based trainer network and worked for an international recruitment consulting company, also in Munich.

Mr. Kleiser launched his career with a Paris-based executive search consultancy active on the world stage, where he was able to acquire experience in international projects. He went on to become technical manager of the Munich office with responsibility for the Automotive and Electronics practice groups.

This was followed by a move to an owner-managed recruitment consulting company in Munich, which under his aegis became the preferred supplier of several of the world’s leading manufacturers and suppliers to the automotive and electronics industry. As Head of Key Account Management, Mr. Kleiser was responsible for the ongoing development of these practice groups.

At the same time, Mr. Kleiser’s experience as a qualified systemic organisational consultant helped him to develop an innovative executive search approach that has proved particularly successful in filling vacant managerial positions at levels 1 and 2.

Michael Kleiser is now a partner at Liebe · Sutor · Gawlowski, where he is responsible for Automotive and Electronics. 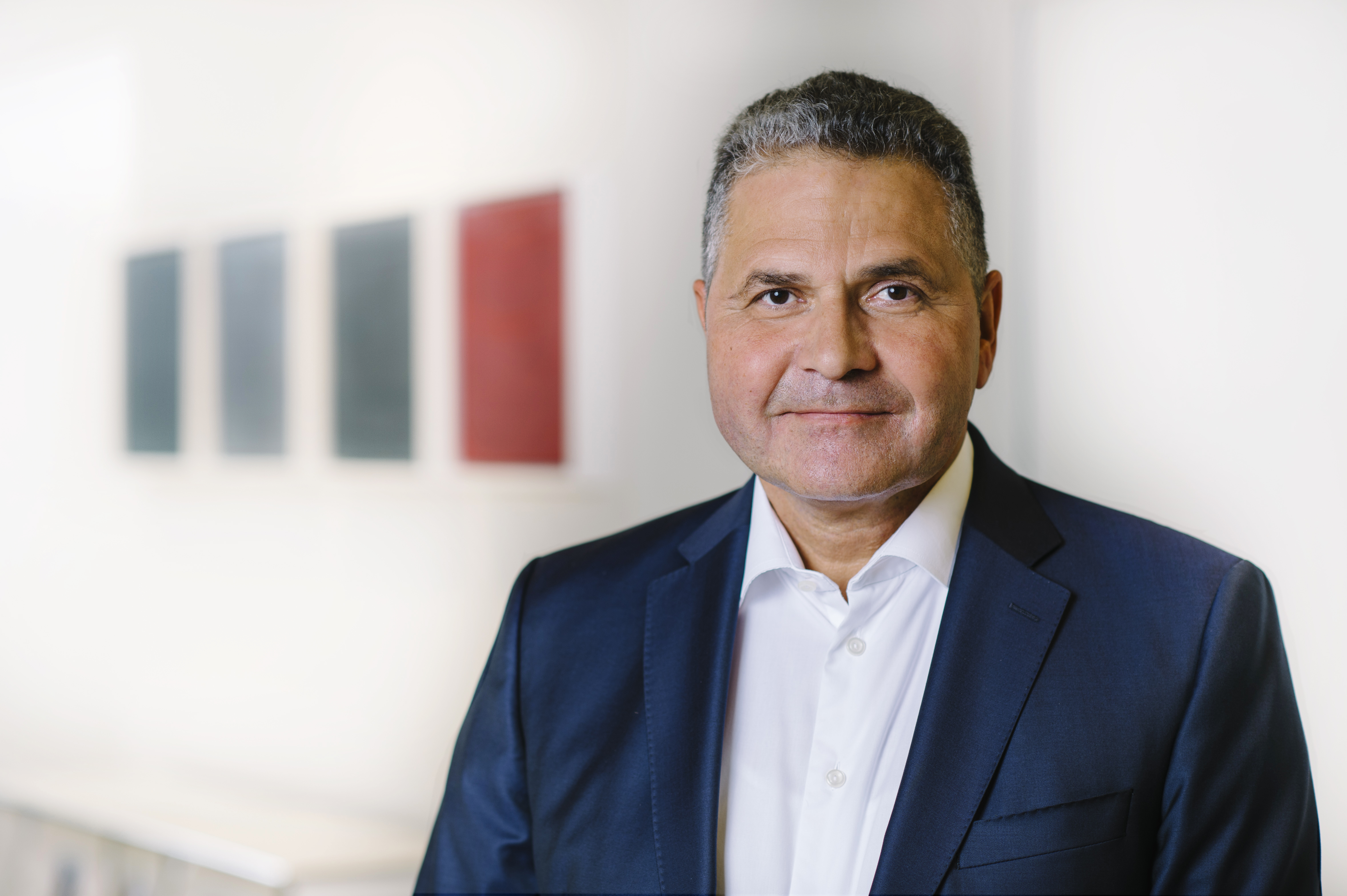 After studying business administration, Jörg Schwitalla began his career at Michelin Reifenwerke AG & Co. KGaA. There he was active in various HR and production functions, among other things as personnel manager of a large plant.

The business economist continued his career at the French automotive supplier Valeo GmbH, where he first took over the HR management for several European locations and then for a global business division in Paris.

His next professional position took him to MAN SE. At the vehicle and mechanical engineering group, he was a member of the Executive Board and Labor Director responsible for Human Resources, Purchasing and Audit.

Jörg Schwitalla then took over the Human Resources department of the Brose Group, an international automotive supplier. As Managing Director, he was responsible for the global development and implementation of human resources work in the family-owned company.

During his professional career, Jörg Schwitalla also held various supervisory board mandates in Germany, the USA, South America and Asia as well as mandates at international universities. In addition to his professional skills, his proximity to the business and his many years of practical management experience at the highest level are his distinguishing features. 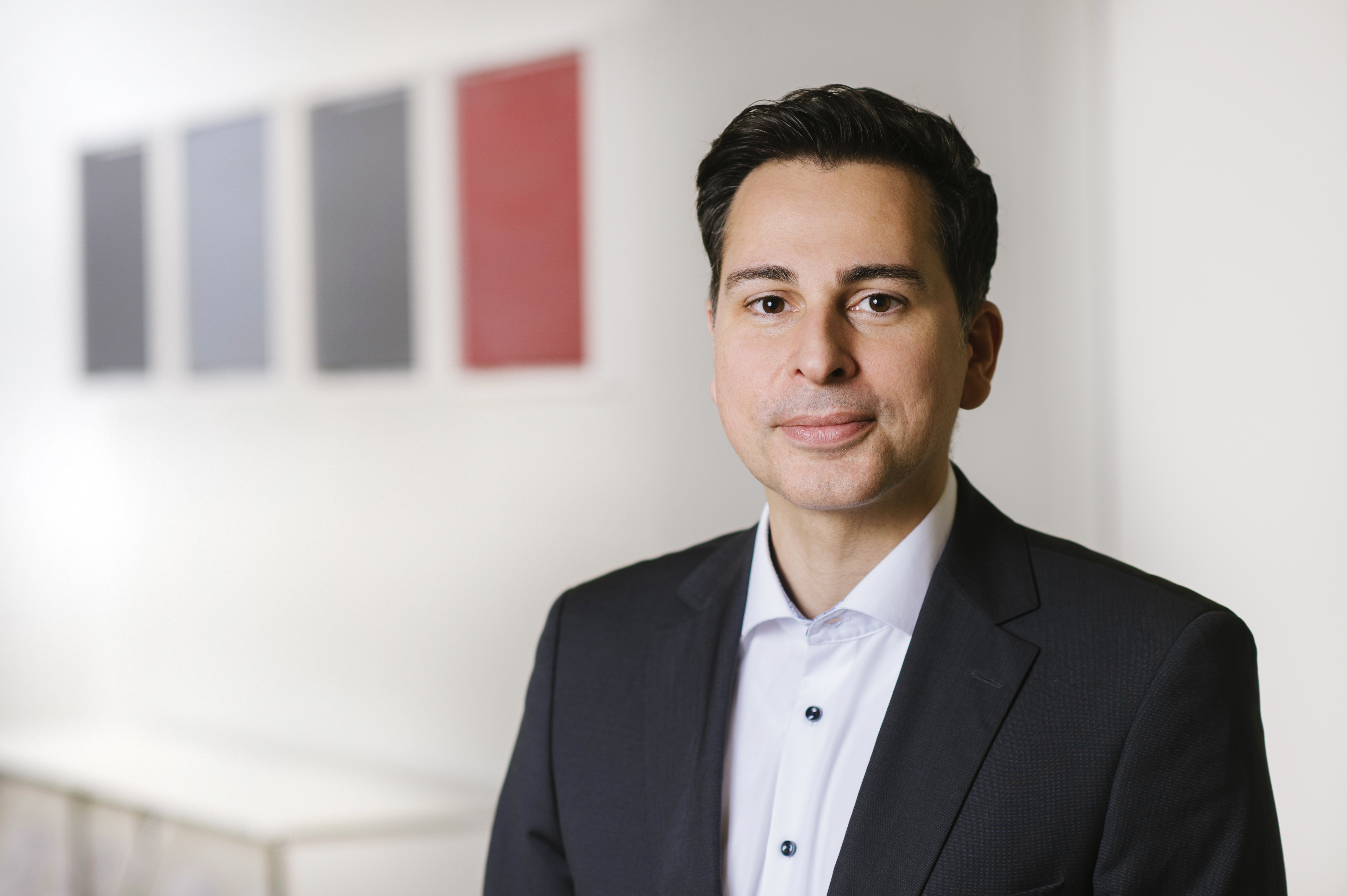 He began his career as a controller at the German glass manufacturer Schott, from where he switched to Business Intelligence Consulting. At the renowned American HR consultancies Heidrick and Struggles and Korn Ferry, he devoted himself to the subject of executive search.

The next professional station of the business economist was the American industrial concern General Electric. Here he built up the recruiting for IT in the German-speaking area with GE Digital and headed the recruitment for GE Healthcare.

Pascal von Luxburg currently holds a comprehensive in-house mandate with a German medium-sized Fintec company in Munich. Here, his business partners benefit from the experience of his international mandates and professional expertise in the industrial and healthcare sector. 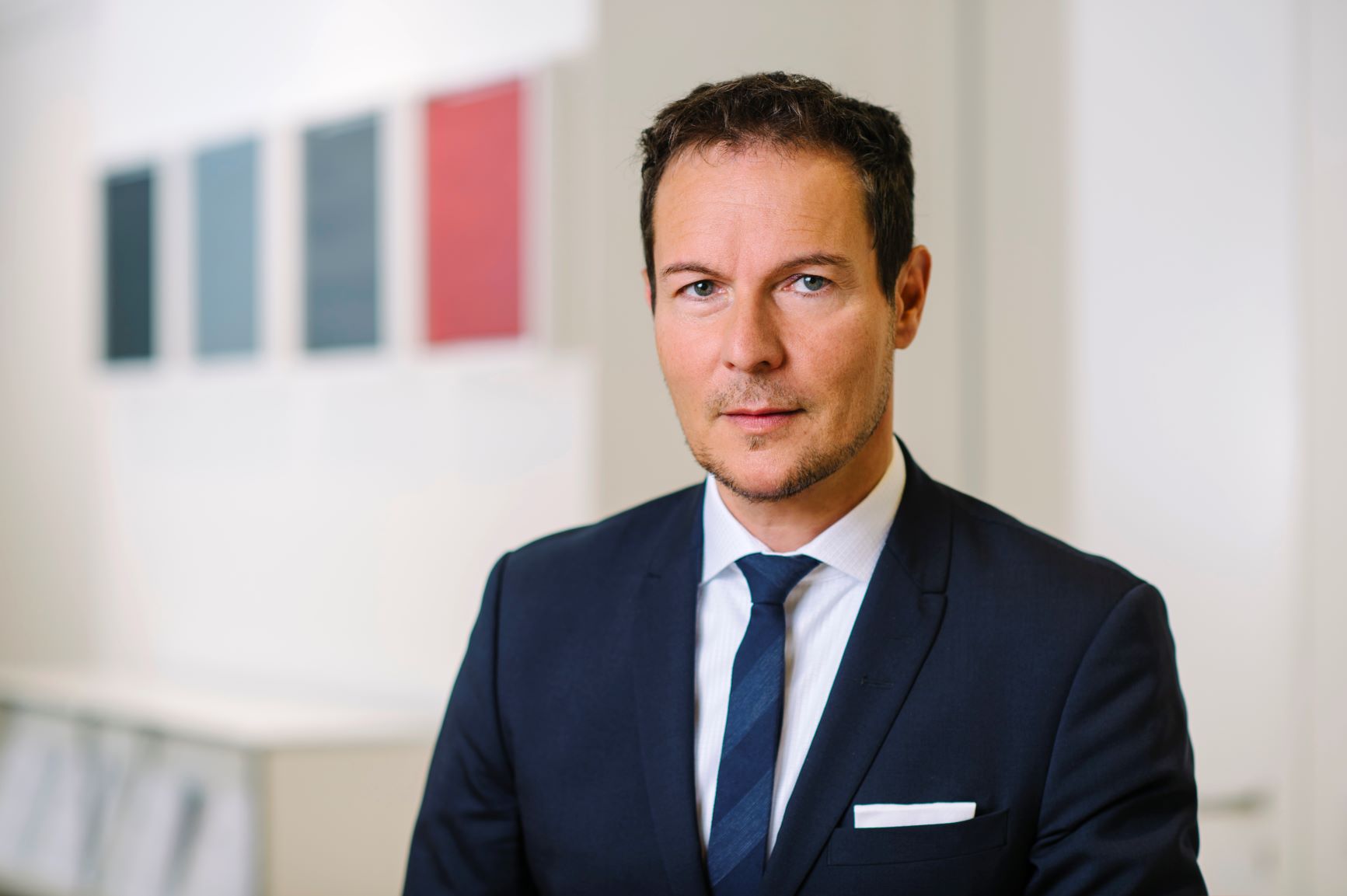 Chairman of the Board of Directors LSG & Langanke AG Managing Partner LSG-CEE Kft.

Dr. Langanke is a lecturer for the MSc “Enterprise Development” module in the Faculty of Business and Management at Óbuda University in Budapest.

His career in human resources began as an advisor to the Hungarian Government for academia-industry partnership projects with market leaders from the European aerospace industry. At the same time, he was employed as a Senior Consultant for the automotive sector by a German executive search agency in Berlin specialising in Central and Eastern Europe. His spell as a government advisor having come to an end, he accepted an offer by a listed recruitment agency with global operations to support international automotive clients in Hungary as a Senior Consultant at its Budapest headquarters. Since 2010, Dr. Langanke has worked as the managing director and partner of the Hungarian and Slovakian subsidiaries of a German recruitment agency specialising in the fields of outsourcing/labour leasing, recruitment and production coaching. His industry expertise and insider skills in Central and Eastern Europe (CEE) are also put to good use in his role as Supervisory Board Chairman of the Slovak Invest Agency (SIA).

Dr. Ulrich Langanke is a managing partner and founder of LSG-CEE Kft. based in Budapest as well as Chairman of the Board of Directors LSG & Langanke AG, based in Zurich. 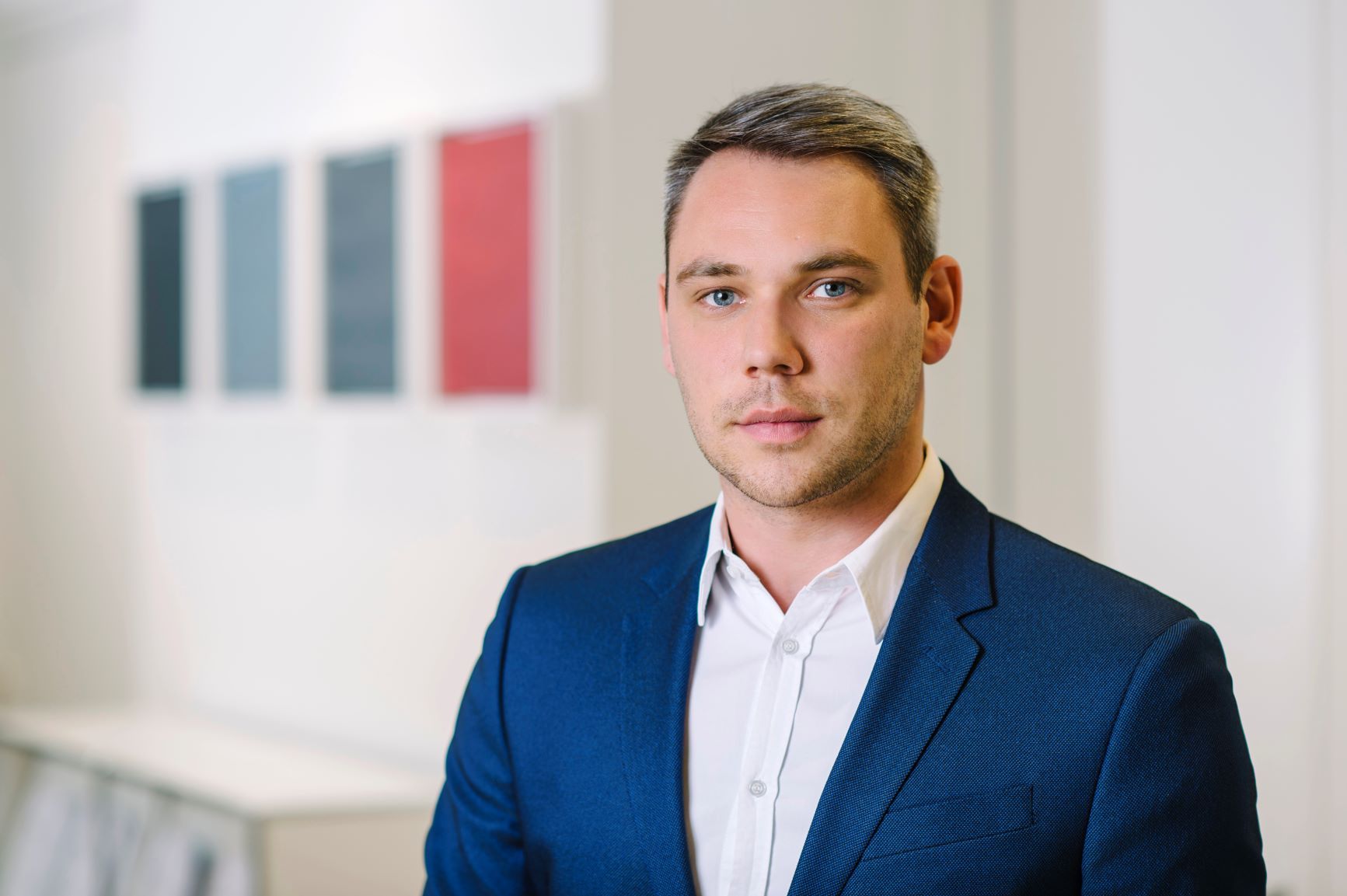 Mr. Balogh studied Business Administration and Management at the Budapest University of Technology and Economics, specializing in HR Management.

As a personnel consultant he focused from the beginning on customers in the automotive industry as well as innovation-driven areas in the electrical and IT industry.

With his move to an international personnel service provider with headquarters in Germany, he advanced as a personnel consultant for executives in global projects. At the same time, Mr. Balogh assumed the function of Project Manager Engineer Leasing for customers from the German-speaking countries. As a Senior Consultant, he acquired expertise in the successful internationalization (candidates from South America, Asia, Africa) of development and engineering teams at the development sites of German and Swiss SMEs in the automation and automotive sectors.